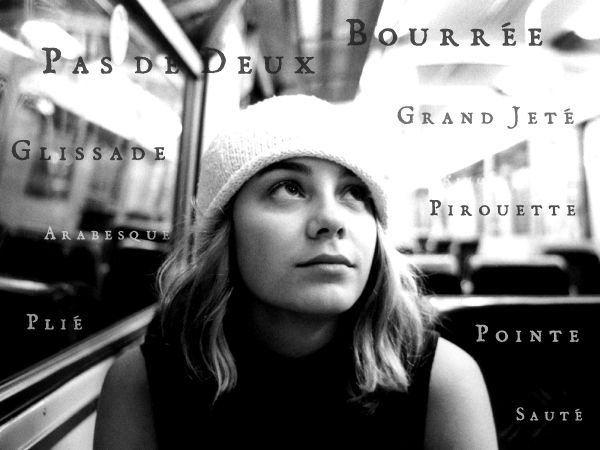 My aunt - my mother's younger sister - accompanied me to a nearby town when I was either in my late teens or very early twenties because I wanted to visit a newly-opened ballet school that an editor of a dance magazine had written to me about. It was very much closer than most schools I had enquired about, that was true, but still it was not close enough.

I forget if we travelled there by bus or train. I was glad for the company, of course, and I think my aunt wanted to make sure that I was all right. My head was filled with ballet classes and rehearsal studios and maybe even the opportunity to perform. I was still an adult beginner but if someone else was willing to give me the opportunity, who was I to say no?

The owner of the ballet school was very forthright and open to any ideas. There was a man with her and whether he was related to her or was a business associate, I never found out. The four of us talked for a while and she showed me around the school, including the studio that could be converted into a performing area. It all seemed too good to be true. And there was a part of me that definitely wanted it to come true - for me.

If I was really serious about taking classes, I would probably have to move there, find board and lodgings close by as well as find a way to pay for the classes. Tutoring was an option. I could always find young students to tutor in English and Math at least. But that would also mean that I would have to find enough students to pay for my own dance tuition. That would be no problem. I could stay and study ballet during the weekdays and go home for the weekend. It all looked so simple and matter-of-fact when I listed it all down in my head.

But once my aunt and I left the school and the town, and were finally back home once again, it seemed as if I had left the dream behind and was destined to come back to earth with harsh reality staring me in the face. My mother did not think it was a good idea. Finances would be a problem, that was true. And there were no guarantees. It wasn't as if I was an advanced - nor even an intermediate - ballet student and was such a gifted dancer that I could follow my dream, no matter what.

I remember sulking in my bedroom and when my mother came in to tell me that my aunt wanted to say goodbye before she left, I was defiant and told her I didn't want to. Which wasn't fair, of course, as my aunt had been very generous with her own time to accompany me to another town miles away from home. She also knew of my disappointment upon coming home.

I did go downstairs to say goodbye to my aunt. I could always sulk again later.

So I did try. I read many dance magazines, wrote to many ballet schools, and sought advice from a few ballet enthusiasts, especially those who had been late-starters as well. At that time, my love of ballet was so strong that I wanted to be a part of it, not only as a member of the audience, but as a participant. I wanted to be part of the stage, the rehearsals, breaking in toe shoes and sharing the latest dance news with fellow dancers. I so much wanted to be a part of that world. I felt that passion within me and it desperately wanted to flower somehow. It really did. But I was clumsy and inexperienced and not very motivated.

It was a field trip of sorts and I was the only student. A trip to a ballet school miles and miles away and I was accompanied by an aunt who cared. It was a trip that was worth making and, years later, I can at least say that I did do it after all. The outcome wasn't as I'd expected but I did make that trip. One less regret. One less "what might have been." But more than the trip itself, whenever I do think about it, I also think about my aunt. People matter. Family matters. And she helped me see that.